Monitor 13: Dance on my head and scratch my heart

Hamilton Artists Inc. is pleased to partner with SAVAC for a special screening of Monitor 13: Dance on my head and scratch my heart. 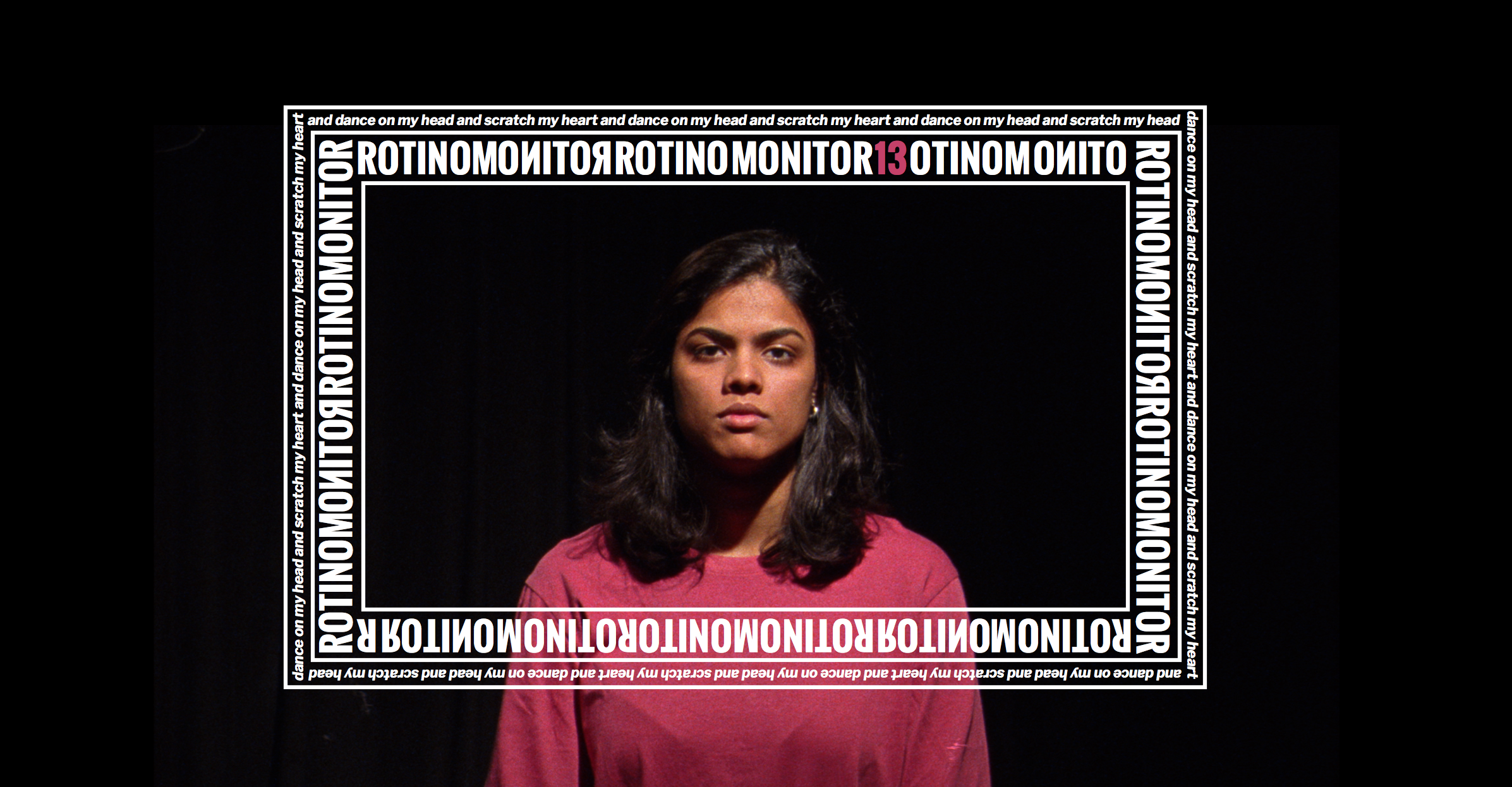 Outdoor Screening Series:
Monitor 13: Dance on my head and scratch my heart

In partnership with SAVAC, Monitor 13 will be screened at Hamilton Artists Inc.’s as part of the ongoing Outdoor Screening Series, presented every summer in our ArcelorMittal Dofasco Community Courtyard.

We are excited to bring SAVAC’s shorts program Monitor 13 to Hamilton Artists Inc. Monitor 13: Dance on my head and scratch my heart invites the viewer to consider the indecipherable traces and charges of the past. It is an invitation to dance to the meditative, moving images in the program. Through letters, biographies, surfaces, sounds and architectures, the curators have assembled the films to gesture not only towards things lost and hidden along the way, but their connections to living and renewal.

SAVAC (South Asian Visual Centre) is a nomadic artist-run organization dedicated to fostering imaginative thought among artists and curators of colour and integrating them into the Canadian contemporary arts ecology through self-representation frameworks. For over a decade, MONITOR has held a steady engagement with an international community of artists, curators and critics, initiating dialogues around the shifting nature of South Asian politics, economies and landscapes through artists’ film. Monitor 13: Dance on my head and scratch my heart is co-curated by Montreal-based artist and filmmaker Sharlene Bamboat and Delhi-based filmmaker Priya Sen.

In winter of 1986 our mother writes in her diary: “To scratch the surface of a subject does not penetrate deep into the subject”. Almost three decades later, Pictures of Departure takes this entry and sets off to explore the surfaces and the scratches that linger across generations.

Tell me the story Of all these things is an accumulation of several narrative threads drawing together intimate conversations between the artist and her two sisters, ominous animated visions of a metamorphosing body and the UK government’s e-learning training on Prevent. The work takes its title from Theresa Hak Kyung Cha’s Dictee, a novel that deploys a variety of texts to examine themes of dislocation and fragmentation. Taking Cha’s work as a departure point, the film explores processes of disassembling as constitutive of lived experience, conjuring the amorphous figure of a woman emerging from a barren landscape – a figure placed at the convergence of terror and desire.

The ground holds accounts of once pagan, then christian and now muslim ruins of the city built for Aphrodite. As she takes revenge on Narcissus, mirrors reveal what is seen and surfaces, limbs dismantle and marble turns flesh.

In 1946, auditions were held for the character of the silent dancing girl Kanchi in Black Narcissus (1947), an upcoming film by British directors Michael Powell and Emeric Pressburger. The coveted role finally went to s Jean Simmons. To fulfil the role, the white English actor wore dark Panstick make-up and a jewel in her nose to become the “exotic temptress” of Rumer Godden’s novel of the same name. House of Women recasts the role, auditioning only Indian ex-pat or first-generation British Asian women and non-binary individuals living in London. Shot on 16mm film, the four candidates introduce themselves to an anonymous reader and recite a personalised alphabet including references to the history of photography and gender politics. Drawing on tension between construction and illusion, House of Womenexplores the gaps in representation and the spaces opened up by the “fiction machine” of the 1940s British studio system, which presented a controlled colonial vision of the British Raj and its people, often replacing Indian actors with British actors.

This film is a collage of syncopated hand gestures (mudras) and vocal exercises by cult-figure Asha Puthli in her response to a James Turrell sculpture. On a bitter cold, windy January day along the North Sea, we filmed Puthli in this artificial elliptical form titled “Celestial Vault”. At the base of the ellipses, there is a stone bench (somewhat resembling a tombstone) from which one can gaze at the expansive sky above, engaging in an awareness of observation.

Now 72 years old and still a consummate performer facing her own mortality, this film is less a biographical account, and is instead a collaboration that delves into the spiritual realm through a response to an artwork.

A long-distance telephone call from Canada to Afghanistan remedies misplaced cultural nostalgia and explores the longing for a home.

A woman repeatedly revisits her former home on St. Marks Road, Bangalore, and descents deeper into her memories with each visit.

Rehana Zaman is an artist based in London. Her work speaks to the entanglement of personal experience and social life where intimacy is framed against the hostility of state legislation, surveillance and control. Recent and upcoming solo exhibitions include Serpentine Projects 2019, Kochi-Muziris Biennale 2018, Liverpool Biennial 2018, Oberhausen Film Festival, CCA Glasgow, and Material Art Fair IV, Mexico City.

Nazli Dinçel’s hand-made work reflects on experiences of disruption. She records the body in context with arousal, immigration, dislocation and desire with the film object: its texture, color and the tractable emulsion of the 16mm material. Her works have been exhibited in venues including MoMA, IFFR, NYFF, BAFICI, EIFF and HKIFF. She recently won the Helen Hill Award at the 2018 Orphan Film Symposium, the Eileen Maitland Award at the 2018 AAFF, Jury Awards at 2018 ICdocs and MUFF for Between Relating and Use (2018).

Michelle Williams Gamaker is a moving image and performance artist based in London. She has recently completed Dissolution, a trilogy of films comprising House of Women (2017),The Fruit is There to be Eaten (2018) and The Eternal Return (2019). Williams Gamaker is a Lecturer in BA Fine Art at Goldsmiths College London and Chair of Trustees at Pavilion in Leeds.

Weeda Azim is a filmmaker based in Toronto whose works explore questions of cultural identity, separation, and loss in relation to the Afghan diaspora. Currently, she devotes her time to Insomniac Film Festival, Trying Our Best, and Regent Park Film Festival’s nationwide archival project, Home Made Visible.

Oliver Husain is a visual artist and filmmaker based in Toronto.

Priya Sen works as a filmmaker and artist across film/ video, sound and installation. Her work has screened at various festivals and venues including The Kitchen NYC, BFI London Film Festival, Forum Expanded Berlinale, Experimenta: International Festival of Moving Image Art, VIBGYOR International Short and Documentary Film Festival, and IAWRT Asian Women’s Film Festival among others. She has been at residencies at Gasworks and Nottingham Contemporary in the UK, and Khoj Studios in New Delhi. She was an India Foundation for the Arts fellow at the AIIS Archive & Research Centre for Ethnomusicology from 2016 – 2017. Sen’s work with film and sound has been around questions of form, urban ethnography, music and migration. She lives and works in New Delhi.

Sharlene Bamboat works predominantly in video and installation. Her works have exhibited at galleries and festivals internationally, including the Forum Expanded section of the Berlin Film Festival, Aga Khan Museum (Toronto), Art Gallery of Windsor (Canada), BFI London Film Festival (UK) and Vasakh Film Festival (Lahore). Sharlene often works collaboratively, most notably with artist Alexis Mitchell under the name Bambitchell. She recently completed a fellowship at Akademie Schloss Solitude in Stuttgart, Germany (2016-17), and was a resident at the MacDowell Colony in New Hampshire, USA (2018). Bamboat currently lives and works between Toronto and Montreal.

Hamilton Artists Inc. would like to thank SAVAC for sharing this collection of short films with audiences in Hamilton and the surrounding area. For more information on the SAVAC, please visit: www.savac.net

The Inc.’s Outdoor Screening Series is made possible through project support by the  Canada Council for the Arts, Incite Foundation and Mohawk College